A standard drink isn’t usually the same as a glass of wine or beer poured in a pub or at home.

The number of standard drinks in different alcoholic drinks varies. It depends on the size of the container and the amount of alcohol it contains.

Check the standard drinks on the label to work out how many drinks you are serving out of each bottle, can or cask.

For example, if a standard drink label on a bottle of wine says it contains eight standard drinks, and that bottle has only filled four big glasses, each of those glasses contains approximately two standard drinks or 20 grams of alcohol. 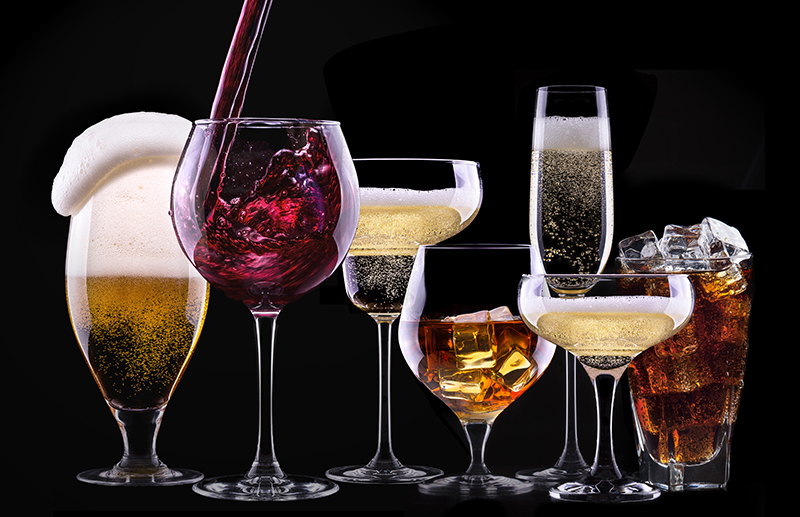 Know how much alcohol is in your drink

Using the National Institute on Alcohol Abuse and Alcoholism guidelines for a standard drink, from beer to liquor to wine, can help you monitor your alcohol intake.

A standard drink of beer is 12 ounces, which is one can or bottle. Most beers used to only have about 5 percent alcohol. Light beers measure around 4.5 percent alcohol. As craft beers have gained in popularity, so has their alcohol content.

“Some craft beers are 8- or 9-percent alcohol, which means you might feel the effects after one beer,” says Dr. Kabernagel.

A standard drink of liquor like rum, gin or tequila is 1.5 ounces. Liquor is often around 40 percent alcohol (80 proof). A simple mixed drink might be OK. More complex cocktails can contain several ounces of liquor, depending on the recipe.

Pouring yourself a glass of wine with dinner after a tough day? You’re likely drinking more than the standard 5 ounces per glass. Wine glasses are larger than the actual serving, which can make it difficult to measure.

“When it comes to mixed drinks and glasses of wine, you should know the limits with drinking,” says Dr. Kabernagel.

How much alcohol is too much?

“Many people binge drink without knowing it. They’re doing harm to their bodies — both in the short term and long term.

Binge drinking means drinking enough to raise your blood alcohol content to .08 percent or higher. For men, this is about five drinks in about two hours; for women, it’s about four drinks.

Take control of your health by avoiding heavy drinking, which puts you at risk of falls, accidents and other injuries. Over time, regular binge drinking can also lead to health problems including:

Limiting your alcohol use also protects your mental health. Alcohol is a depressant, which can help you feel relaxed at first. But the blissful feeling wears off, and it can make depression, stress and/or anxiety feel worse.

When it’s time to get help

Know your limits, and if you have difficulty drinking in moderation, it might be time to seek help.

Some signs to consider if you think you’re drinking too much:

A Word From Verywell

Different types of drinks can contain different amounts of alcohol. Knowing what a standard drink is for every type of alcohol can help you track how much alcohol you’re consuming. The more you can keep track of your drinking, the better you will understand your own drinking patterns, and thus lower your risk of immediate and long-term alcohol-related harm.

Monkeypox Risk for Kids: What Parents Should Know – hotsmug.com